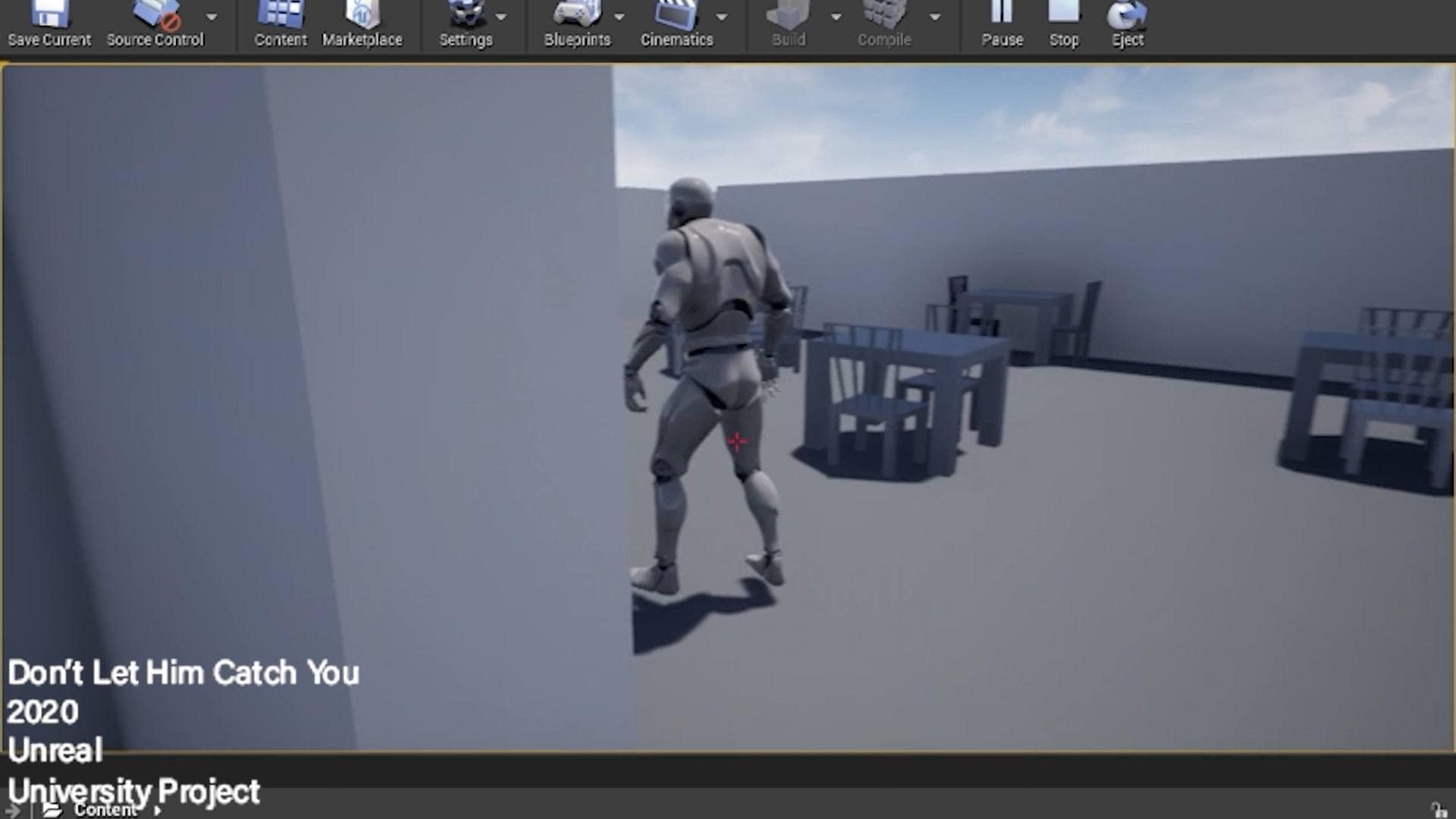 Don’t Let Him Catch You

This was a university project that I worked on, and also the first game that I had made in the Unreal Engine. Being a fan of stealth horror games such as Outlast and Clock Tower, and upon hearing about the more sophisticated AI capabilities available in Unreal (such as “Hearing” functionalities), I felt compelled to recreate a stealth “Hide and Seek” style game, where the objective is simply to escape from the level, and not get caught.

This game was completed in a month, which I feel is pretty good, considering both the fact that I had never used the engine before, and had to learn how to use it as I went along, and also the fact that I created many of the assets used in the level (such as the furniture, computer, bathroom items etc) using Blender. This game is something that I would like to develop further into a more horror style game, with larger and more maze-like levels and more hiding mechanics.

We use cookies on our website to give you the most relevant experience by remembering your preferences and repeat visits. By clicking “Accept All”, you consent to the use of ALL the cookies. However, you may visit "Cookie Settings" to provide a controlled consent.
Cookie SettingsAccept All
Manage consent

This website uses cookies to improve your experience while you navigate through the website. Out of these, the cookies that are categorized as necessary are stored on your browser as they are essential for the working of basic functionalities of the website. We also use third-party cookies that help us analyze and understand how you use this website. These cookies will be stored in your browser only with your consent. You also have the option to opt-out of these cookies. But opting out of some of these cookies may affect your browsing experience.
Necessary Always Enabled
Necessary cookies are absolutely essential for the website to function properly. These cookies ensure basic functionalities and security features of the website, anonymously.
Functional
Functional cookies help to perform certain functionalities like sharing the content of the website on social media platforms, collect feedbacks, and other third-party features.
Performance
Performance cookies are used to understand and analyze the key performance indexes of the website which helps in delivering a better user experience for the visitors.
Analytics
Analytical cookies are used to understand how visitors interact with the website. These cookies help provide information on metrics the number of visitors, bounce rate, traffic source, etc.
Advertisement
Advertisement cookies are used to provide visitors with relevant ads and marketing campaigns. These cookies track visitors across websites and collect information to provide customized ads.
Others
Other uncategorized cookies are those that are being analyzed and have not been classified into a category as yet.
SAVE & ACCEPT